Andorra Telecom is firmly committed to the education of our young people, in addition to equal opportunities.

This commitment has led to our close collaboration with the Ministry of Education and Higher Education of the Government of Andorra since 2013.

This collaboration is part of our policy of social responsibility to ensure the connectivity of schools in the three education systems in the Principality of Andorra, raise awareness amongst young people and especially girls about the possibilities of new technologies, and disseminate good practices in the use of the Internet.

In 2013 we signed the first collaboration agreement with the Ministry of Education with the aim of developing innovative technological projects around the digitalisation of education throughout the country. This collaboration fosters joint projects aimed at promoting both the general use of information technologies in the educational system and raising awareness of good practices.

The cornerstone of this collaboration is the Andorran National Education Network (XENA in its Catalan initials), an intranet that has thirty-three access points from both schools and the Ministry itself. This fibre-optic network distributes internal traffic and derives external traffic through a high-capacity line at ten gigabits per second 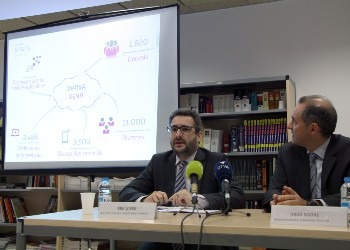 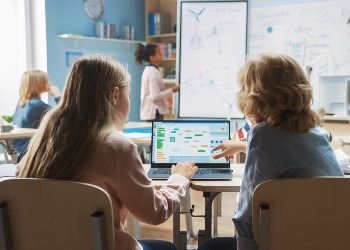 In January 2021 we signed a new agreement with the Ministry to finance and oversee the renovation and modernisation of the Wi-Fi network infrastructure in all publicly-funded schools in the country at all levels of education.

At Andorra Telecom we have set ourselves the challenge of stirring the interest of our young people, especially among girls, in the exciting adventure of discovery and curiosity, with the aim of fostering vocations for science and technology. We want to accompany them along this path, providing impetus and inspiration.

Our lines of social responsibility include support for educational projects related to technology training and innovation. Among such projects, robotics in education occupies a prominent place.

Since 2014 we have been holding the Andorran competition of the Andorra Telecom Micro First Lego League, a global challenge aimed at schoolchildren whose focus is on innovation, science and group work.

Each season, the First Lego League offers a new challenge to participating teams related to a current social or environmental issue.

The proposed solution must be developed in two areas: science and robotics. The science project must identify a real problem, research it, and propose an innovative solution, while the development of a robot involves participating in the resolution of pre-established missions using engineering concepts.

The Micro First Lego League goes far beyond the competition itself. Thus, during the previous months, the teams - guided by a coach - build, program, learn to find and analyse information, and present their research findings. They do so by following the values promoted by this competition, such as companionship, respect, celebration and teamwork. 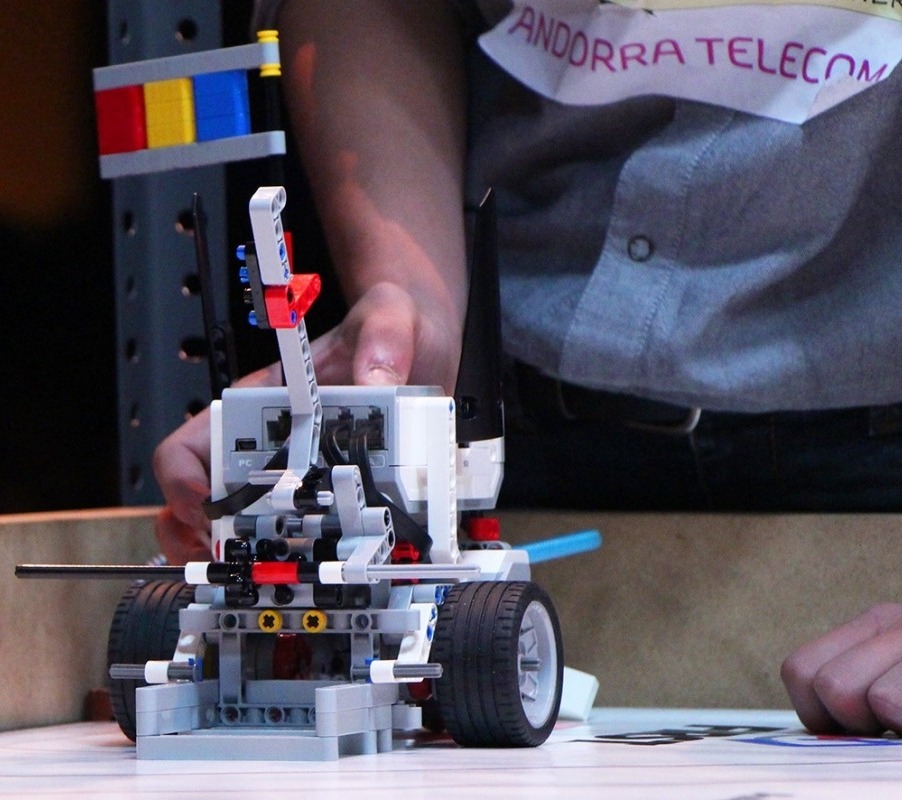 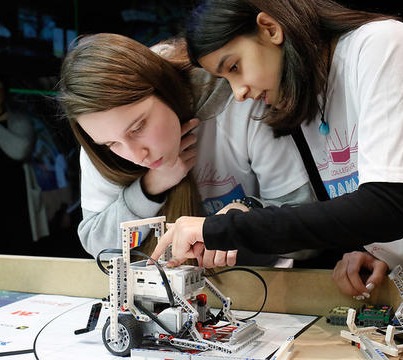 Good practices in the use of the Internet.

Our corporate social responsibility policy also includes the dissemination of good practices in the use of the Internet.

With this aim and also in conjunction with the Ministry of Education and Higher Education, in the 2016-2017 academic year we started a pilot test of the b-resol application at the Andorran School of Secondary Education in Encamp.

The aim is to bring to light cases of harassment, cyberbullying, eating disorders and any kind of adolescent conflict by establishing mobile technology as an innovative component.

It is a tool available to students so that they can report any situation or problem they are suffering from both in and out of school.

In addition, the b-resol application encourages peer mediation processes. The campaign is accompanied by specific training in this area for teachers and educational psychologists at the school.

The results are very positive thus far and have helped, since its implementation, detect not only cases of school bullying and eating disorders, but also issues of uncivil behaviour and most certainly have prevented others.

Training in science and technology

The WRO is a challenge-based global educational competition for children and teens, who must demonstrate their problem-solving ability through the construction and programming of a robot entrusted with a specific mission.

Among the fundamental goals of this competition are the promotion of creativity, initiative and the ability to solve problems through an educational challenge; better communication, cooperation and teamwork skills; a broader vision of science and technology; and stirring interest in professions related to science, innovation and technology.

The Andorra Telecom WRO is the Andorran event of this prestigious international competition that promotes the knowledge of robotics in a playful format of among children and teens between 7 and 15 years with the desire to awaken their interest in technology and engineering. The Andorran event is part of the WRO's international calendar. Andorra Telecom has been holding this competition since 2015.

The top finishers in each category of the competition organised by Andorra Telecom win a place at the Spanish final, which is the gateway to the world final.

In 2016, the Recrorobot team, formed by Nil Tomàs and Ares Rovira, took part in the world final in India. They competed in the Elementary division, between seven and twelve years old, and won first place in the Andorra Telecom WRO tournament, held in Andorra and which gave them the right to participate in the Spanish final held in Logroño. In this competition they confirmed their great level with a second place finish, which brought them to the world finals in New Delhi.

Andorra Telecom has made a firm commitment to robotics with the organisation of local events for two major international competitions such as the World Robotic Olympiad and the First Lego League. 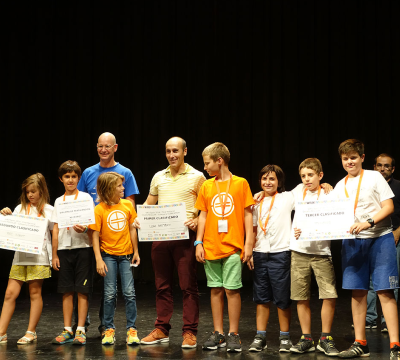 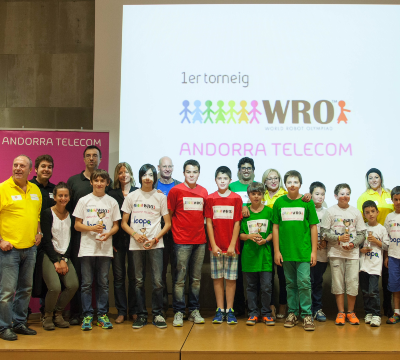 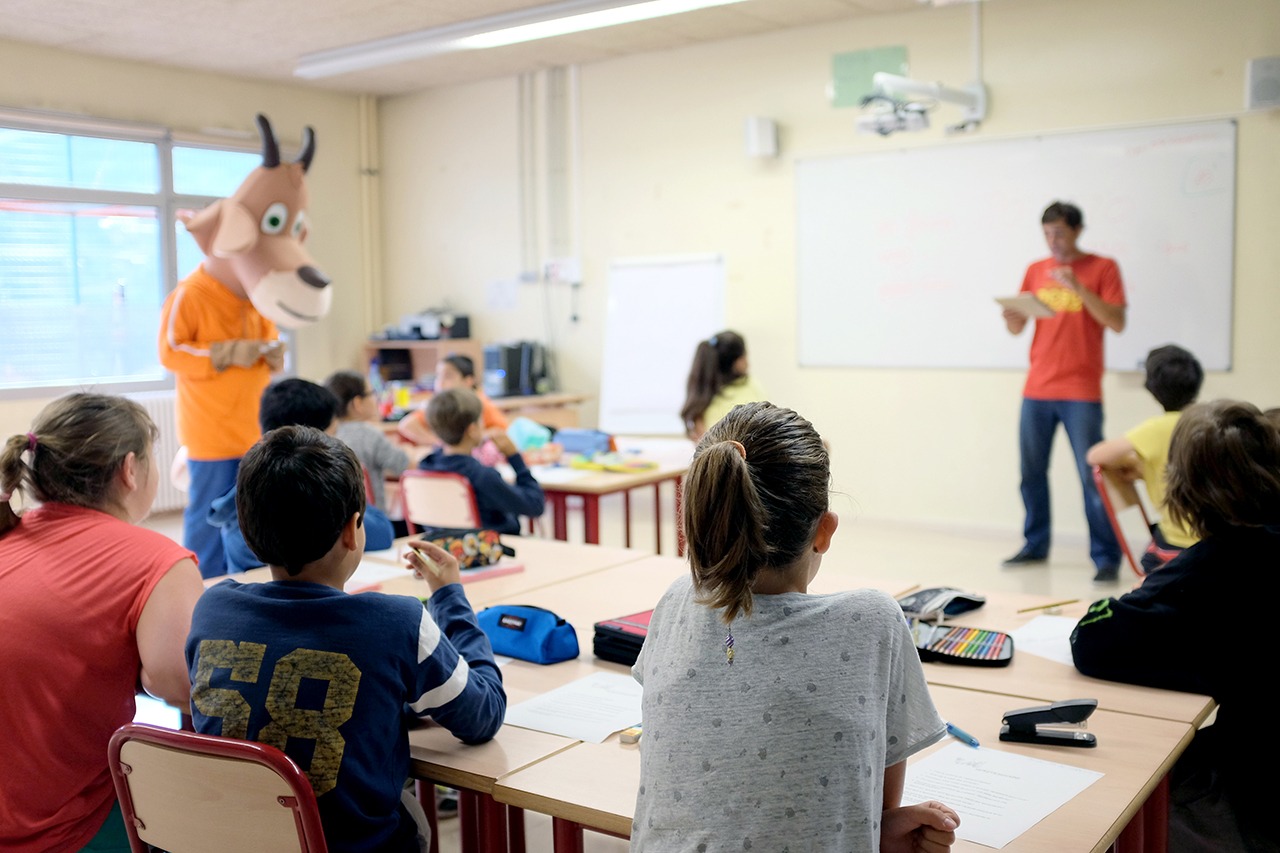 Good practices in the use of the Internet

The Internet is part of our daily lives. Its presence is not limited to the public sphere, but has transcended the boundaries of the private sphere, and can be found everywhere.

The Internet is another means of socialising and learning for children, young people and adults.

These are the so-called “digital natives”, a segment of the population particularly vulnerable to a medium whose advantages and opportunities are transforming and evolving at the same rate as its risks and threats.

Informing, educating and mentoring the new generations of our fellow citizens in discovering the Internet is also part of Andorra Telecom's social commitment.