Among Andorra Telecom's responsibilities is the broadcasting of Digital Terrestrial Television (DTTV) across the country, comprising a total of 27 channels. In addition to Andorra Televisió, the grid is mostly formed by main French and Spanish channels, the neighbouring Catalan-language channels, and channels specialising in news or sport.

DTTV broadcasting is a complex business. We must first ensure all the channels received are in the proper conditions through their respective formats: satellite, fibre-optics and radio link. The so-called head-end, located in Massana, processes and unifies the signals to create Andorra's DTTV multiplex.

From the head-end it travels through the specific IP transport network until it reaches the 13 large broadcast centres that ensure that the signal can reach the airwaves with the highest quality possible throughout the territory.

The country's complex topography forces the need to distribute these stations located around the region: Carroi, Maià, la Comella, Bony de les Neres, Bonavista, Montaup, Espiolets, Arans, Canòlich, Pal, Gomà, l’Àliga and Fontaneda. All in all, there are 13 transmitters, seven at the main centres (Carroi, Maià, Neres and la Comella) and six at the others.

DTTV broadcasting has meant an initial investment of approximately 2 million euros and an annual expenditure of around 275,000 euros for Andorra Telecom. 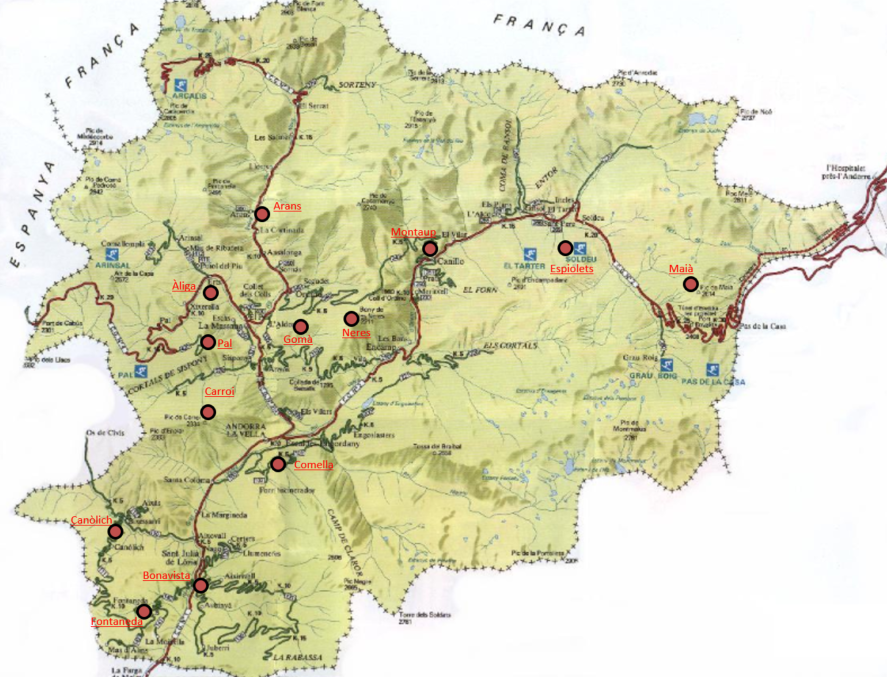